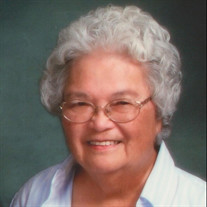 Jane Kiakona Akau, often known as Janet left us quietly without fanfare on July 10th. While impactful to those of us who loved her, she left as she lived, quietly and effectively. Janet is predeceased by her husband of 40 years, Ernest Tau’a Akau formerly of Hilo, Hawaii, and her parents David Kiakona and Mary Holoholokulani Kiakona. Janet was many things to many people and fondly remembered as a substitute teacher at Kealahou Elementary School in Waiakoa. Her last position was that of bookkeeper at Kula Sanitorium where she retired in 1980. Janet spent her life dedicated to supporting the State Council of Hawaiian Churches and more specifically the Association of Hawaiian Evangelical Churches. Not only was she active in all aspects of church work, she also loved singing and sang in many choirs. Thanks to her mother, a church choir director, Janet could not only carry the soprano and alto parts, but also tenor. She followed in her mother’s footsteps and was passionate about God and his teachings which summarized her life. Janet is survived by her daughters, Nanette Kuulei Cabatbat and Mahealani Akau. Grandchildren Tau’a Cabatbat (Chelsea) of Winnemucca, Nevada; Aislinn Cabatbat and Mahi Rossetti both of Maui and Cavan Cabatbat of Hilo, Hawaii. Also blessed with great-grandchildren Josiah Medeiros, Xavier Kuhia, Rachel Medeiros, Trinity-Ann Kuhia, Txendoa Cabatbat, Kea Cabatbat and Gracelynn Kuhia. Ever so grateful to Island Hospice staff for not only their support, but their kindness, compassion and above all caring. Words cannot express our gratitude for support of moms’ care. Donations to their work would be greatly appreciated. Mahalo to Dr. Kevin Kato for his years of clarity and encouragement as time went on. Mom so loved him as her doctor. We would be remiss if we did not thank Bayada for their timely and proficient support. Prior to hospice, Bayada overwhelmed us with their services for mom. She felt supported and enjoyed their plethora of services and above all their staff. Thank you. And we would like to thank Josef Robinson, RN for his thoughtful, compassionate and kind caring. We adopted him, he is part of the family now. Services will be held on August 14, 2021 at Kaulanapueo Congregational Church in Huelo at 10:00 am, lunch to follow in church hall. Casual attire and no need wear black.

Jane Kiakona Akau, often known as Janet left us quietly without fanfare on July 10th. While impactful to those of us who loved her, she left as she lived, quietly and effectively. Janet is predeceased by her husband of 40 years, Ernest Tau&#8217;a... View Obituary & Service Information

The family of Jane Kiakona Akau created this Life Tributes page to make it easy to share your memories.

Send flowers to the Akau family.